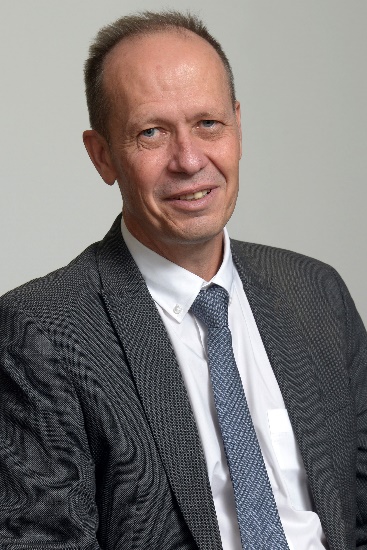 Steel is charged with setting up an international best practice facility for the mixing of chemotherapy and introducing innovative technology for better access to oncology care in South Africa. Making novel therapeutic medicines available, including Advanced Therapeutic Medicines (ATMs), forms part of his mandate at Eurolab.

Eurolab Group CEO Lynne Du Toit says, “Gavin has an in-depth understanding of the pharmaceutical sector in South Africa and internationally as well as considerable experience in health systems strengthening, clinical trials, making quality medicines more affordable and identifying emerging health technologies. He will be a valuable resource as Eurolab’s strategy to offer a whole-of-cancer solution from diagnosis through treatment gathers momentum.”

Steel’s career spans all aspects of healthcare regulation including pricing regulations, ethics and health technology assessments. He is also an experienced technical specialist in disciplines such as evidence-based medicine, medicines safety, clinical pharmacokinetics, pharmacoeconomics and adherence to long term therapies.

In his previous role in the national Department of Health, Steel headed up sector-wide procurement and then human resources for health. He has served on and chaired a range of committees including the Pricing Committee, the South African Health Products Regulatory Authority, the Pharmacy Council, the Clinical Trials Committee and the National Central Drug Committee. He also chaired the HIV vaccine regulatory process and has served as a World Health Organisation advisor.

As well as heading up Eurolab’s ASU, he will also provide strategic counsel to other areas of the Eurolab business. Du Toit says that, “Gavin was instrumental in establishing the package of care for oncology in South Africa – medicines and treatment protocols – during his time with the Department of Health.”

“Oncology medicines are usually prescribed according to the body surface area of the patient,” says Steel. “After filling an infusion bag for a patient, there is often oncology medicine left over. This residual dose is typically discarded. Given that some oncology treatments cost thousands of Rands per millilitre, we are now introducing international best practice mixing efficiencies allowing extra medicine to be pooled and used to treat more patients.

“Innovation in the mixing of chemotherapy has been rapidly evolving in developed nations with countries like the United Kingdom now implementing the same mixing efficiencies that we will offer through the Eurolab ASU in their National Health Insurance system.

“The ASU also allows us to ensure complete sterility of the product, avoid medication errors and trace medicine across the supply chain to ensure quality – and patient care – is not compromised.”

Says Du Toit, “Having brought Gamma Knife radiosurgery technology for brain, head and neck tumours to South Africa through a partnership with Netcare’s Milpark Hospital in 2017, the Aseptic Services Unit represents another significant milestone for Eurolab in raising the bar for oncology care in South Africa.”

Eurolab is the largest generic oncology company in South Africa and one of the most innovative in cancer management, including treatment therapies and technologies. Founded in 2011, it began as a company supplying generic oncology medications but quickly grew to become one of South Africa’s most innovative oncology companies offering a range of products and services through four main channels:

Laiza Ndubane was born in Dixie in 1955 and has four children. Two of her children now have jobs, yet two are still unemployed. She is relieved because the water project enabled by Eurolab in her village has been built and water is now running from 15 taps that all community members can easily access.

“To get water previously, I had to hire a bakkie, which cost me money. I had to find tins and containers to store the water, which my employers kindly allowed me to take from their recycling area,” she says.

Laiza explains that when she was younger and raising small children, she would go to the river and nearby dams to find water, but the water she found there was not clean.

“I used to put Jik in the dirty water which I was told would make it safe. Sometimes I had to walk for several kilometres in one day to access water for my children. It was very hard.”

Gerald Ndubane’s story – Water is essential for everything

Gerald Ndubane is from Dixie. He works at a nearby lodge. Gerald was born in Dixie in 1989, and schooled in the area. After matriculating, Gerald didn’t have the finances he needed to attend university, but he was fortunate to get a job at one of the nearby lodges. A father of two small boys, Gerald has been working at the lodge for 15 years. “Growing up in Dixie was tough,” he says, “Life was hard, and we had an endless problem with water. We have struggled for many years, living without a proper water supply,” says Gerald. “The government promised to give us water, but a solution was never provided.”

“We resorted to digging boreholes ourselves with our own hands. Even though the water we found was dirty, it was still water. We were without options. If we wanted water, we had to pay for more electricity to pump the water, or pay people with bakkies to go and get water in containers. Many of us couldn’t afford these options.

“Water is important for everything,” he says. “It is wonderful to see the people of Dixie enjoy water that is safe.”

Du Toit is one of the founding members of Eurolab, first launched in 2011, and took up the reins as CEO in 2012. She is driven by a vision to offer a whole-of-cancer solution to oncologists and their patients while making cancer treatment more affordable and accessible in South Africa and on the African continent. Central to this vision is a strong focus on innovation and strategic partnerships. Du Toit has worked with large global and local pharmaceutical companies. She was a key player in introducing efficiencies into the private GP sector, achieved through the recruitment of GPs into Medicross clinics which then led to the establishment of the Pharmacross brand in South Africa. This model expanded into 70 primary healthcare clinics in eight provinces, each offering a suite of healthcare services. Her career demonstrates a unique ability to identify opportunities in South Africa’s changing healthcare sector, and she has exceptional strength in implementing these opportunities for the benefit of both patients and healthcare providers. A large part of Du Toit’s entrepreneurial pharmaceutical journey has taken place with Eurolab co-founder, Gabe Simaan. Companies behind their names include Garec Pharmaceuticals and Scriptpharm, both of which were acquired by larger listed entities seeking to expand their portfolios. Eurolab began at a time when oncology products had just started coming off patent. Du Toit and Simaan joined forces once again in 2011 with a vision to make cancer treatment more affordable and accessible to patients and to offer a whole-of-cancer solution. They went on to create South Africa’s largest generic oncology company, introducing technologies previously not available to cancer patients in South Africa. These have included a high precision Gamma Knife which performs radiosurgery on brain, head and neck tumours; the Eurolab Aseptic Services Unit which offers international oncology best practice for the mixing of chemotherapy; and a gene sequencing machine as an innovative diagnostic and treatment tool. Du Toit is currently exploring opportunities to take Eurolab’s whole-of-cancer solution into South Africa’s public healthcare sector and the rest of the African continent. She continues to source new global partners in line with the Eurolab vision to offer new treatment and innovative technologies for cancer patients.

During this time she developed a strong interest in the molecular and genetic aspects of haematology as well as identifying the need to always integrate the laboratory and clinical components of the discipline.After working as a consultant in the haematology department at Charlotte Maxeke Academic Hospital in Johannesburg and National Health Laboratory Services (NHLS) for three years, Robyn joined one of SA’s major laboratories, Ampath Laboratories, in 2015.Robyn has also worked and studied abroad, working at the haematology department at the Children’s Hospital at Westmead in Sydney, Australia. While in Australia she obtained an additional degree in haematology from the Royal College of Pathologists of Australasia (RCPA).As Oncolab’s head haematologist, Robyn is responsible for several areas of the specialist laboratory, namely:Laboratory and staff managementBone marrow and trephine reportingFlow cytometry, FISH and cytogenetics reportingProviding clinical input and signing out molecular haematology results including PCR and NGSHeading up research and development and introducing new molecular testsSetting up the Health Professions Council of South Africa’s-accredited training laboratoryRobyn also has an active role in the clinical side of the practice where she cares for both in and out patients, including transplant patients

Making novel therapeutic medicines available in South Africa, including Advanced Therapeutic Medicines (ATMs), forms part of his mandate in this position.Steel has an in-depth understanding of the pharmaceutical sector in South Africa and internationally and considerable experience in regulation, health systems strengthening, clinical trials, making quality medicines more affordable and identifying emerging health technologies to improve health systems and health outcomes.His career spans all aspects of healthcare regulation – pricing regulations, ethics, health technology assessments and more. He is the only South African to have served on the full spectrum of regulatory bodies, mostly in leadership positions.Steel is highly regarded in South Africa’s healthcare sector as an experienced technical specialist in several key areas. These include evidence-based medicine, medicines regulation, medicines safety, clinical pharmacokinetics, pharmacoeconomics, adherence to long term therapies and human resources for health.Before joining Eurolab, he was Chief Director in the National Department of Health (South Africa) when he introduced innovative systems to prepare the country for a universal health access program. He ran the largest medicines procurement agency in Africa, a role he could not have fulfilled without a comprehensive knowledge of Good Manufacturing Practice (GMP), health technology assessment and pharmaceutical sector macroeconomics. His extensive supply chain experience comes from running South Africa’s national tender system for medicines (and other health commodities) and coordinating the national public health workforce to align it with international best practices.He has served on and chaired several committees. These include the Pricing Committee, the Medical Control Council, now the South African Health Products Regulatory Authority (SAHPRA), the Pharmacy Council, the Clinical Trials Committee, the National Central Drug Committee and various other technical committees. He also chaired the HIV vaccine regulatory process and served as a World Health Organisation (WHO) advisor.Steel was instrumental in establishing the package of care – medicines and treatment protocols – for oncology in South Africa.He holds a Bachelor of Pharmacy degree, a Bachelor of Science in Microbiology and a Master of Science in clinical pharmacy. Having lectured in the early part of his career, Steel remains a passionate teacher and still makes time to supervise postgraduate students.As well as heading up the ASU, Steel is providing strategic counsel to the Eurolab group of companies in support of the company’s strategy to offer cancer patients in South Africa and on the African continent an affordable whole-of-cancer solution from diagnosis through to treatment.

Stacey then completed the Public Accountants and Auditors Board examination in 2002. By 2005, she was a qualified Chartered Accountant, which she obtained through the South African Institute of Chartered Accountants. Before joining Eurolab, she was Associate Vice President for Finance at Aegis BPO Holdings SA (Pty) Ltd. In the early part of her career, she worked as an audit manager for a company called PKF. Stacey first joined Eurolab in 2014, and in 2016, she was promoted to Financial Director. In her current position, she ensures financial records are properly maintained, coordinates the annual audit process, prepares annual financial statements and income tax computations, monitors business performance and prepares annual budgets and forecasts. She also ensures that all statutory documents are kept up to date and Income Tax, VAT and PAYE are paid timeously.